I’ve had the wonderful Sarah Holman on my blog before, and today I’m excited to bring her newest book to you!

I really enjoy reading Sarah’s books and Kate’s Innocence was no exception. Before we get to the review, here’s a little bit about the book! 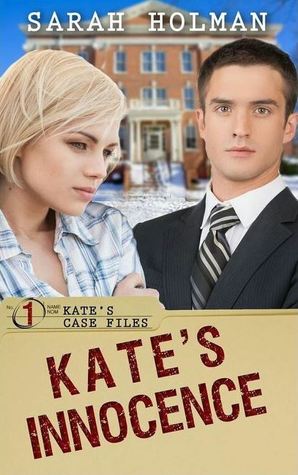 What would you do if you were accused of a crime you didn’t commit?

Kate watched as her campus was torn apart by bombs and now is being accused of perpetrating the crime. As the evidence quickly stacks up against her, she begins to lose hope that the truth will come to light. Even though the handsome FBI Agent, Patrick, has taken up her cause, will they be able to prove her innocence? Will God, who she neglected for so long, listen to her prayers for help?

Patrick is an agent with a very special team of agents. He wants to help Kate prove she is innocent, but as each new piece of evidence is revealed, that goal seems harder. He wonders why he feels so compelled to help her and so sure she is innocent despite the evidence. Will he be willing to put his job on the line to help her? Can he trust in God to make sure the truth will come out in the end?

Kate’s Innocence is a unique look into the world of the FBI. It follows a team of agents and their investigation into a campus bombing. One of the agents believes that Kate, the prime suspect, is innocent. Kate struggles to prove her innocence and make sense of the situation she’s been thrown into.

Kate was a wonderful character. She has a troubled past after a tour in the military. We don’t know what happened but I like that we don’t know everything about her yet and get to see her grow through the series. Ms. Holman writes good female characters and I have always liked them, something that doesn’t happen often with me and female leads.

The other main player is Patrick, the agent who thinks she’s innocent. He’s a really strong character who sometimes has issues trusting his own strength too much and God not enough. I liked that about him. He was obviously well versed in Scripture and had a strong faith, but wasn’t this supernatural bastion of faith.

All the other FBI agents are great and really have their own personality. I look forward to getting to know them all better in future stories.

The plot was really well thought out. The mystery wasn’t easy to figure out. I had a few speculations but enjoyed discovering the clues along with the rest of the team. It was a really neat, and probably closely realistic, look into the workings of the FBI. I enjoy my cop shows, and have gotten used to some fact finding and a lot of gun slinging, so it was nice to read about some actual detective work. 😛

There weren’t many dull moments, and you were right there with the frustrations and beliefs of each character. I really enjoyed this book and recommend it to anyone who likes mysteries, detective books, and stories about faith.

*I received a free copy of this book from the author in exchange for an honest review.

Sarah Holman is a not so typical mid-twenties girl: A homeschool graduate and sister to six awesome siblings. If there is anything adventuresome about her life, it is because she serves a God with a destiny bigger than anything she could have imagined. 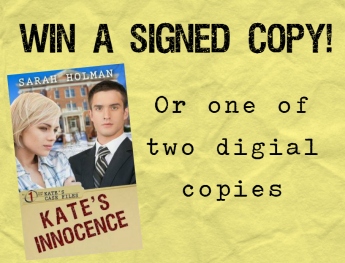