A disgraced clansman is called from exile to rescue his brother, beginning a civil war years in the making, and forcing him to confront his greatest fear—redemption.

The Rise of Aredor

The Rise of Aredor Book 1

Lost in a foreign land and separated from his family, Corin does his best to survive as a slave in the household of a Calorin lord. With newfound friends he fights for survival in ambushes and wars. For one act of bravery, he is awarded his freedom and returns to a home that has been invaded and ravaged by the Calorin armies.

When Corin sets foot on Aredor’s shores, he has one goal in mind: find his family. He is driven into the forest, where he is reunited with childhood friends. From the shelter of the woods, they begin a spirited rebellion against Corin’s former cruel master, who now holds sway over Aredor. Follow Corin’s path in his quest to free his imprisoned brother, find a father who has vanished, and ultimately free his country in The Rise of Aredor!

The Wildcat of Braeton

The Rise of Aredor Book 2 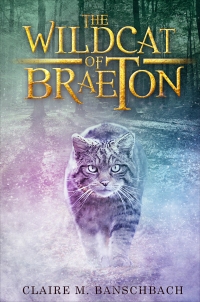 The Faeries of Myrnius Book 1

A curse. A murderous scheme. A choice.

A witch and her master capture a young faery and command her to kill their enemy. Adela has no choice but to obey. If she does not, they will force the location of her people’s mountain home from her and kill her. To make matters even worse, the person she is to kill is only a man struggling to save his dying land and mend a broken heart.

Count Stefan is a man simply trying to forget the woman he loves and save a land crippled by drought. When a mysterious woman arrives at his castle claiming to be a seamstress, he knows she is more than she seems.

Adela enlists the help of Damian, another faery, to try and delay the inevitable. He insists she has a choice. But with the witch controlling her every move, does she?

The Faeries of Myrnius Book 2

One prince. Two brothers. Three companions to prevent a sorcerer from destroying the faeries.

Prince Killian has always known he’s different. It’d be impossible to miss the whispers of an age-old family curse, to ignore the call of the wolves on his birthnight and the barely-veiled hostility from his people. His family insists there’s no curse. If only they were right.

When an evil sorcerer bent on destroying the faeries turns Killian into a wolf to use in his diabolical spell, Killian must rely on the help of his playboy brother, Lars, and Rose, an aspiring ranger they meet on the road, to escape the sorcerer and find the faeries who can turn him human again.

There’s only one problem. Faeries haven’t been seen in over 50 years.

Together Killian and his companions must overcome their differences and prejudices to defeat malevolent creatures along the road, evade the sorcerer and his minions, and find the faeries before the sorcerer can kill them all.

6 thoughts on “My Books”