We just finished up my first ever promotional blog tour! It became promotional because the book itself was not able to be released in conjunction with the tour dates picked in my impatience. (What’s patience?) But don’t worry, I will be posting on every social media site available once The Wildcat of Braeton has its official release date! It’s actually available now through my publisher, but I’m not really recommending that option because its price listing is freakishly expensive and I hate paying a hundred million dollars for books.

Anyway, so the blog tour was tons of fun! I got to connect with new authors and readers, some of whose works I really admire. I got at least two reviews and one more to come! 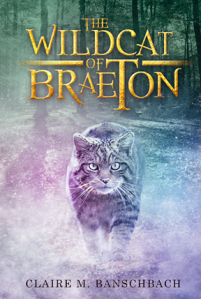 We have two winners of copies of The Wildcat of Braeton and accompanying sets of illustrations from the series! Congratulations to Abby Cashen and Morgan Huneke!

If you missed the tour, here’s the schedule below with links to the posts!

Tales of Today and of Yesterday – Author Interview

And the posts I contributed

Interview with the Artist

While we settle down for the loong wait until May (or whenever the release date ends up being- what’s patience again?) check out the first in the series if you are interested! 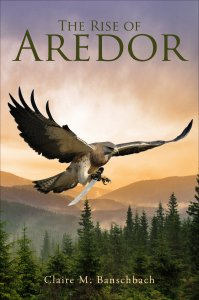 Lost in a foreign land and separated from his family, Corin does his best to survive as a slave in the household of a Calorin lord. With newfound friends he fights for survival in ambushes and wars. For one act of bravery, he is awarded his freedom and returns to a home that has been invaded and ravaged by the Calorin armies. When Corin sets foot on Aredor’s shores, he has one goal in mind: find his family. He is driven into the forest, where he is reunited with childhood friends. From the shelter of the woods, they begin a spirited rebellion against Corin’s former cruel master, who now holds sway over Aredor. Follow Corin’s path in his quest to free his imprisoned brother, find a father who has vanished, and ultimately free his country in The Rise of Aredor.

Find it on Amazon!

I’m giving serous thought to publishing my novella that is currently trapped under the name A Faery Tale. I think I’ll dream up a subtitle for it seeing as how I have another short story set in the same universe. Some research, scheming, and important questions need to be asked first, but if you are interested, I would possibly be looking for it sometime this fall. Again, official announcements and so forth will be made when the stars properly align.

Also, I have begun some advanced work on a serial story for this very blog! I will start posting (most likely) at the end of May. I have to get through this hectic semester first. I don’t want to spoil anything but it may possibly involve aliens, superhero-type powers, horses, and several Star Wars references. Stay tuned for Children of Two Worlds!

10 thoughts on “The Wildcat of Braeton Blog Tour Recap”