As you may have already seen from the subject line…the cover for my newest book is heeeere!!! And I commissioned a map for the book and it’s also heeeeeere!!

Yes, I know the book was always real, but, GUYS! I just turned in the last edits on Saturday. I have a map. I have a cover. The pre-order stuff is live. It’s so hard to believe that this story is finally on its way to being a solid book and I can throw it, I mean share it, with everyone!

This book was a labor of love for 4 years for me before I finally typed the end. I had several existential crises during the edits. I survived. The tome that was originally submitted (and known as The Mountain Baron) to my publisher is now split into two books (a decision that we’re all happy with since it’s making the story even stronger!). I’m so so excited to be getting close to that countdown until release day, which is in approximately 2 MONTHS! WHAT EVEN?

Ok. I know. I’ll stop talking. You want to see the pretties!
BEHOLD! The cover for Oath of the Outcast, Book 1 in the Dragon Keep Chronicles! 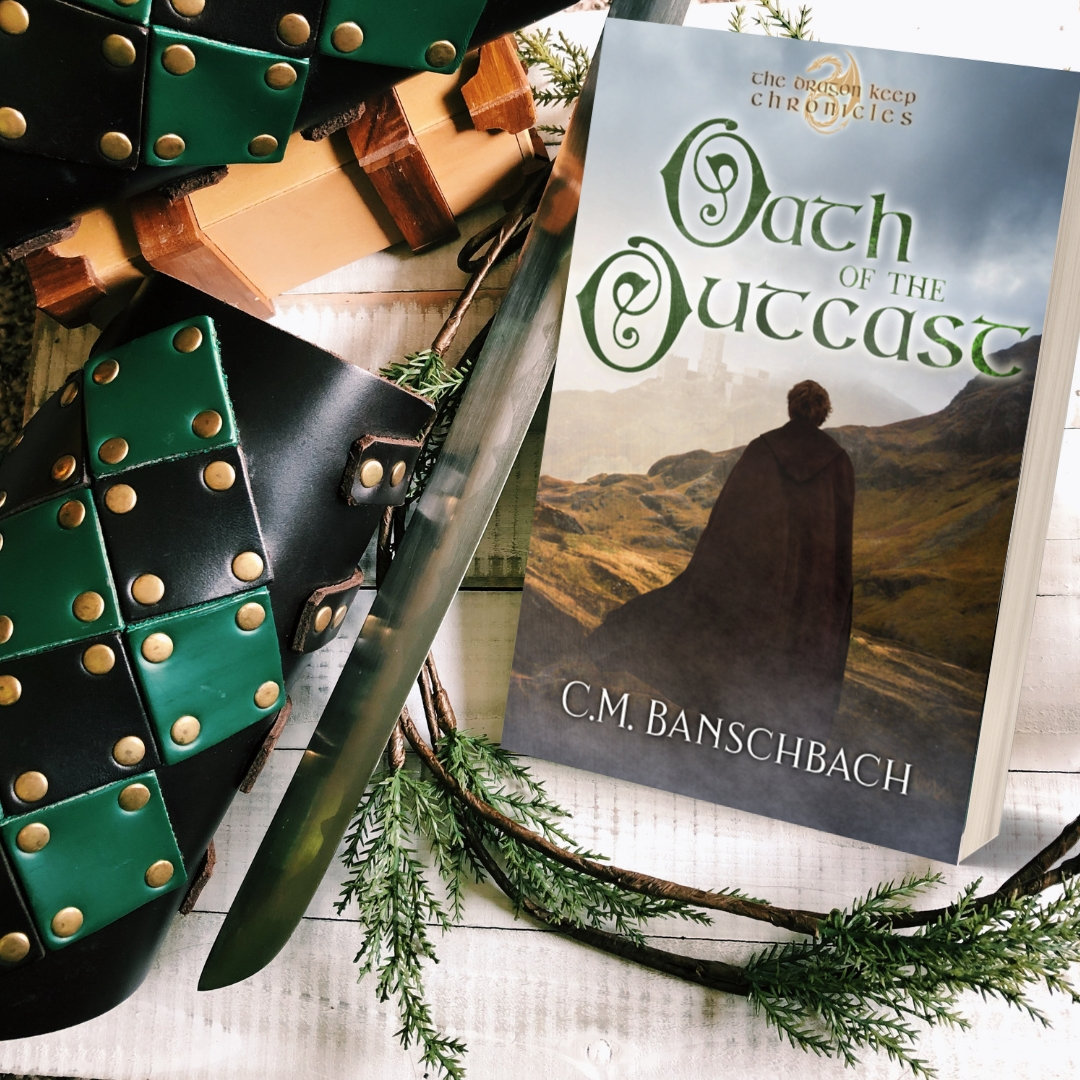 Ahhhh!! Isn’t it awesome?! Tell me what you think by commenting, or telling me over on Facebook or Instagram!

Synopsis (since I’ve been teasing this book forever and have never told you officially what it was about!)!

An unwilling outlaw.
A rising enemy.
An unusual alliance.
Years ago, Rhys MacDuffy was brutally cut off from his clan, stripped of his name and inheritance, and banished to the remote Dragon Keep. Perched high above the Shang Pass in the land of Alsaya, he assumed the mantle of the Mountain Baron, serving out his sentence as the overseer of the worst outlaws and outcasts.

But one day he receives a desperate message from the clan who disowned him: MacDuffy’s Seer—his beloved brother—has been taken by their enemies.With his band of Mountain Brigands and an unwelcome sidekick, Rhys leaves his mountain stronghold to find and rescue his brother. The tide of war is rising amongst the Clans of Alsaya, fueled by the magic-wielding sect of Druids who seek to unleash a dark force the world has long forgotten.

Can the bond of blood run deeper than banishment?

*official author rating is PG-13 for some mild language (think what you’d hear in a Marvel movie), intense situations, overly dramatic main characters, and lots of snark. (Ok, those last two aren’t bad, they just add to the overall charm 🙂 ). You might also note the slight author name change – this is to reflect the “more mature” feel of this book compared to my other published works. I’ll have another blot post on this later! 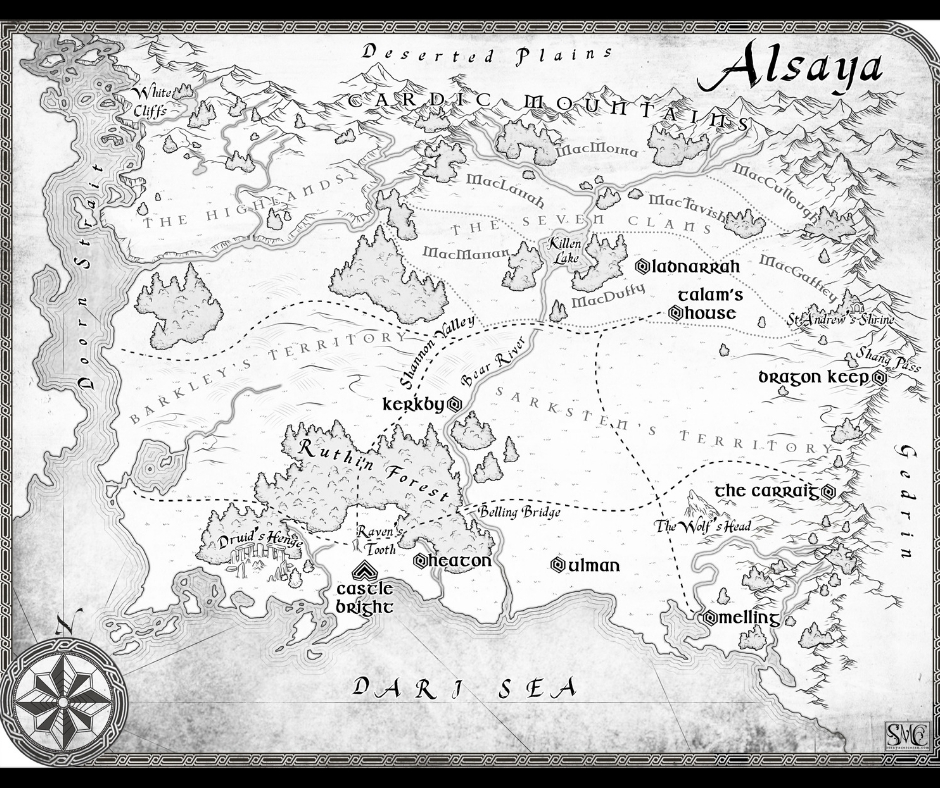 Guys, I’m so stinking excited for everything!

Pre-order info is HERE! We’re working on putting together some awesome giveaway and pre-order goodies right now. It’s going to be awesome.

Also, you can get a FREE prequel short story introducing some of the characters by signing up for my newsletter! GRAB YOUR STORY HERE!

I’ll be sending out another email next month with more info and possibly some fun snippets about the book! So stay tuned and make sure you’re following on social media so you don’t miss out on any of the amazingness!

12 thoughts on “Cover and Maps Are Heeeere!!! (This Book Is Getting Real!)”